The manager of the Dutch national team is the latest high-profile figure to support Thurso Football Academy's youth coaching efforts.

Frank de Boer, who played for Ajax, Barcelona, Galatasaray and Rangers and was appointed as Netherlands boss last September, has joined a host of famous former and current players in endorsing the local group's Tiny Tacklers booklet.

It was designed by the academy's head of coaching Alyn Gunn and put together as part of a Keep Scotland Active initiative in response to Covid-19.

The booklet uses superheroes and cartoon characters to capture the imagination of children and keep them engaged in training drills and football-themed games.

Initially it was intended for just 25 children, but now more than 6500 youngsters and 74 coaches across Europe have received free copies.

"I am delighted with the response that I've had from the professionals," Alyn said. "They are doing this free of charge and to help me out, which they don't really need to.

"Some of the names that we have involved are staggering. To have someone of Frank de Boer's standing in the game, the Netherlands manager and a former Champions League, UEFA Cup and La Liga winner, supporting an initiative from Thurso is quite surreal if I'm honest and it's something I'm extremely proud of." 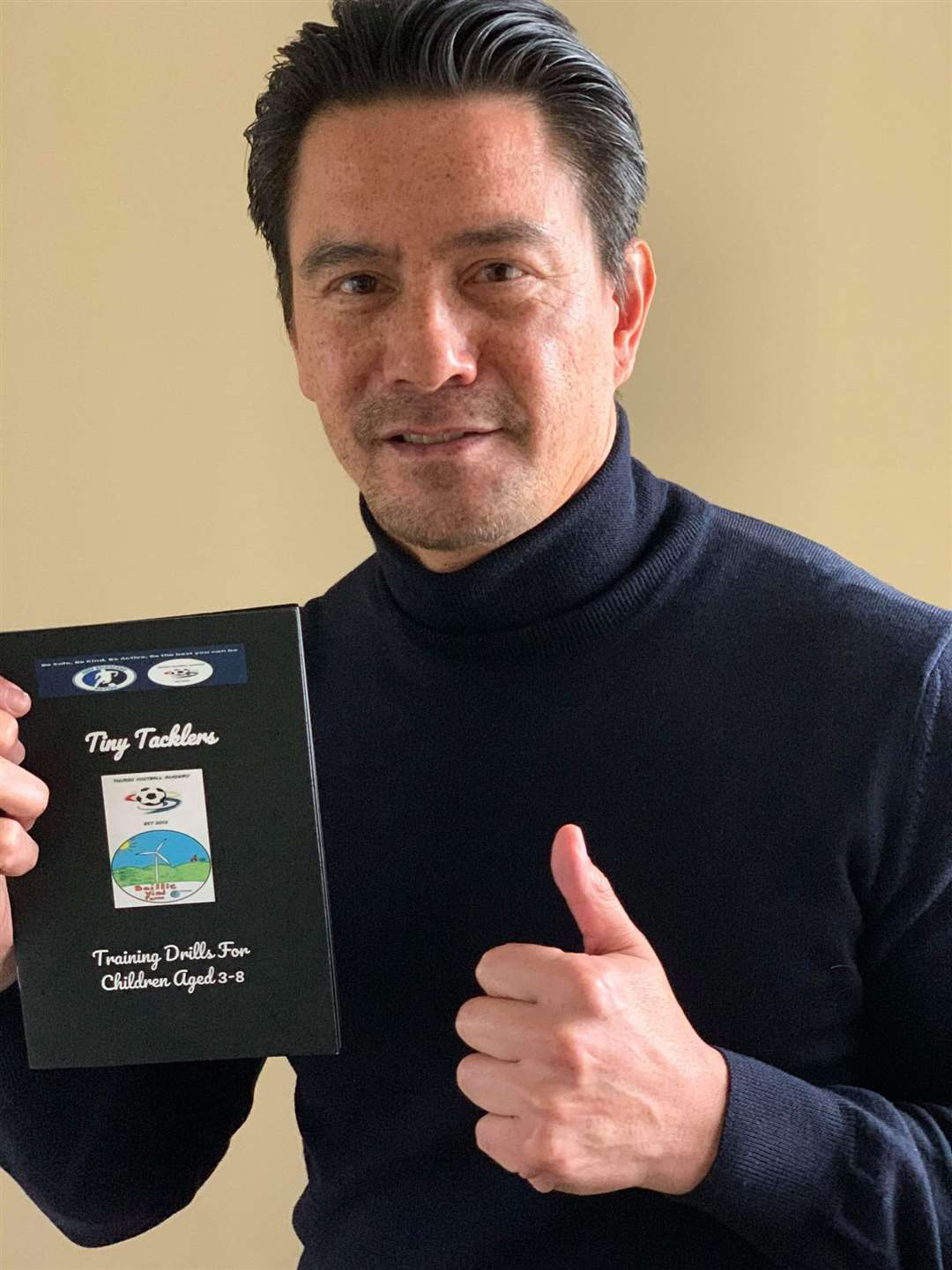 Former Rangers and Scotland manager Alex McLeish has done likewise but Alyn has been keen to get figures from other Scottish clubs on board too.

Aberdeen captain Joe Lewis, Livingston skipper Marvin Bartley, Hearts' Christophe Berra, Gary Caldwell (ex-Hibs and Celtic), Dean Windass (ex-Aberdeen) and Simon Donnelly (ex-Celtic) have given their backing to the initiative, while the Highlands' two leading clubs, Ross County and Inverness Caledonian Thistle, have also been happy to get behind it.

"Over the last month I have been in touch with over 30 pros from various clubs," Alyn said. "Everyone has been very accommodating and eager to show their support for what we are doing, with some very high praise coming from some of the best in the game about the quality of the work.

"The guys sign and take a picture with the booklet and we then put it on our social media pages to try and encourage kids and parents to take part.

"I contacted Ross County manager John 'Yogi' Hughes and Inverness manager John Robertson as I wanted to have backing from both the professional clubs in the Highlands, and both were only too happy to show their support.

"Yogi was very complimentary and full of praise."

Alyn added: "Just after Christmas time there were about 1300 kids and 35 coaches that had received the booklet free of charge.

"We now have more than 6500 kids and 74 coaches across Europe with copies, which is quite unbelievable considering that this was initially for 25 kids in the community.

"With that comes a considerable financial outlay from the academy but it's one we are committed to. We want to help the kids keep active and healthy and improve their skills during what is an extremely hard time.

"Our fundraising activities throughout last year, with various auctions and raffles, are being put to good use."

Late last year Alyn began visiting some of the local schools to deliver football coaching and to give the "players of the day" an opportunity to become mascots for a fundraising challenge match between Thurso firefighters and a team of Rangers legends this August, depending on guidance.

He said: "Our plans to go around the schools to coach and pick mascots for the upcoming charity match will hopefully go ahead once the schools go back, if restrictions allow, with four children already picked from Castletown primary in December.

"It's very hard to plan ahead at the minute when we don't know what government restrictions will be in place."

At the end of 2020, Alyn was named as a Coaching, Officiating and Volunteering champion in an award scheme run by sportscotland and UK Coaching.