Fun and games were the order of the day at the Christmas show held by Caithness branch of the Pony Club in Halkirk.

Members and parents alike got into the festive spirit with their imaginative fancy-dress costumes which provided a welcome splash of colour.

District commissioner Debbie Pottinger said: "We had a great turnout for our fancy dress with seven competitors taking part. One very on-topic elfdisplayed their full Covid-19 protection gear. So much effort had been put into the costumes, it really made for a festive afternoon."

Winning the fancy dress was 10-year-old Dylan Sutherland who played the part of a Christmas nutcracker along with his pony Latheron Clockwork. Judging of the fancy dress was carried out by former local district commissioner Maureen Coghill and her daughter Emma, who was awarded a special certificate marking her graduation from the club after being a member for 21 years.

Emma, who is studying for a PhD through the University of the Highlands and Islands in Inverness, is probably the longest-serving member of the branch which has an age limit of 25. She also received the trophy for endeavour to cover her many pursuits with the Pony Club over the years.

"I was delighted she could be there to send her off to carry on her horsey adventures," added the district commissioner who presented Emma with her awards.

Prior to the show a number of annual awards were also handed out to club members celebrating their achievements over the year.

The gymkhana games, organised by Liz Hewitson, also took on a festive theme with an Elf on the Shelf race, hang a ring on the antlers and dressing up a small child.

The jumping competition, held in the outdoor school, included qualifiers for the Pony Club Spring Festival which are scheduled to be held at the Scottish National Equestrian Centre at Oatridge.

Qualifying in the 80cm class were Megan Gillon, riding Beinne Theine, who came second, and Erin Hewitson, riding Cloontuskert Orga Mist, who was third. In the 90cm the qualifiers were the class winners Liam Mackenzie, with Llanidan Bonheddwr, and the second-place combination of Charlotte Gillon and Letterkenny Kaiser. 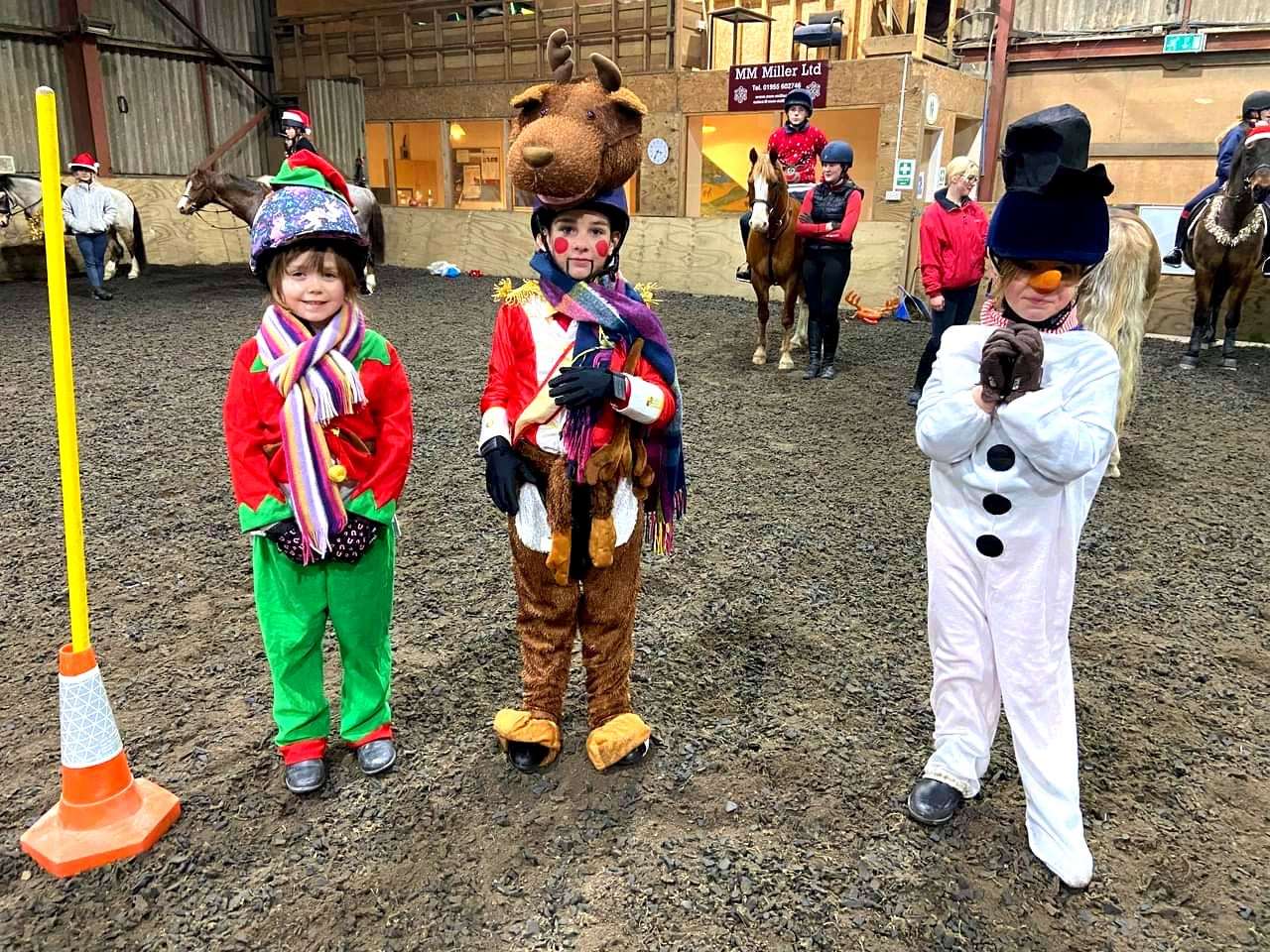