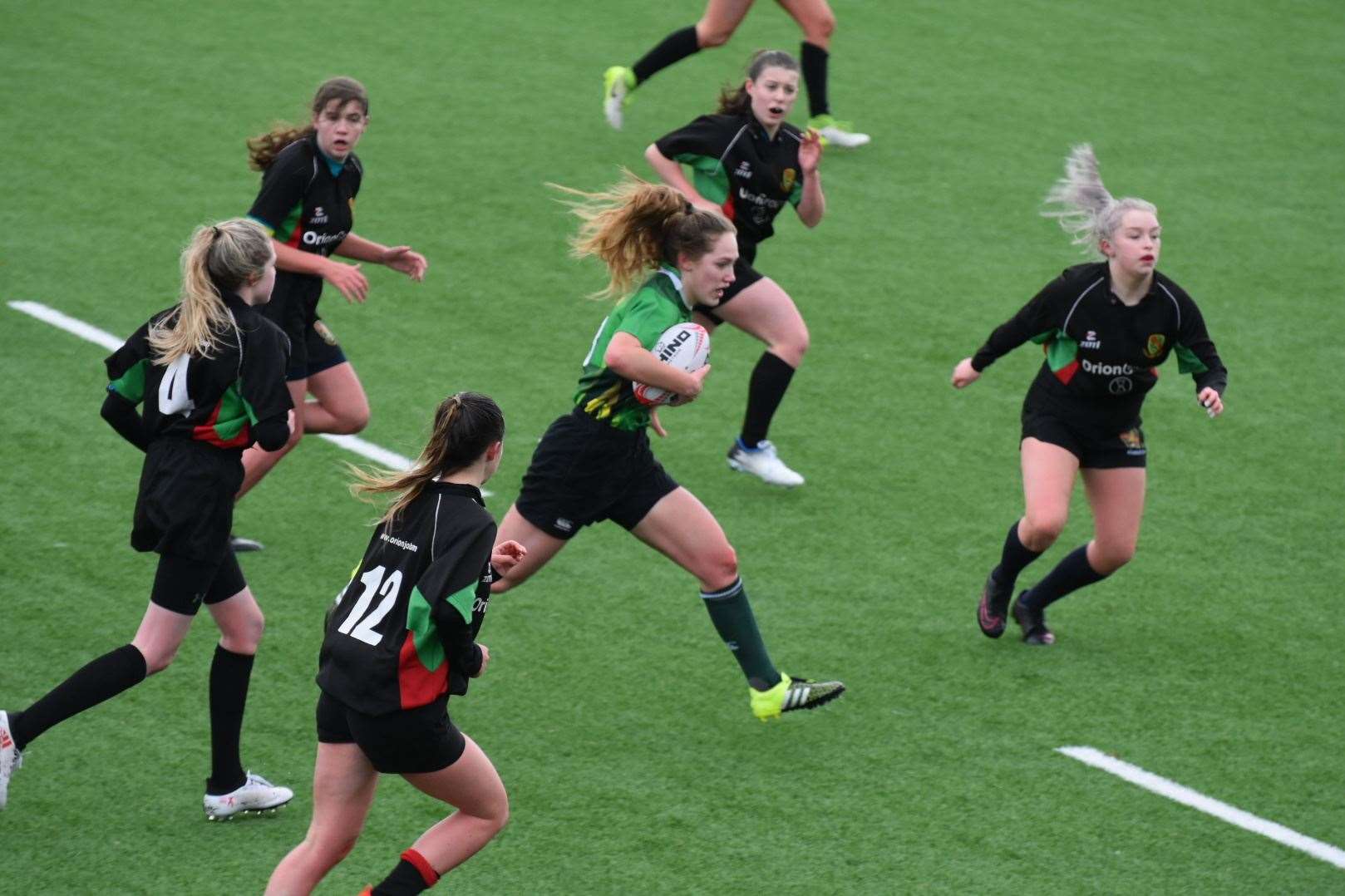 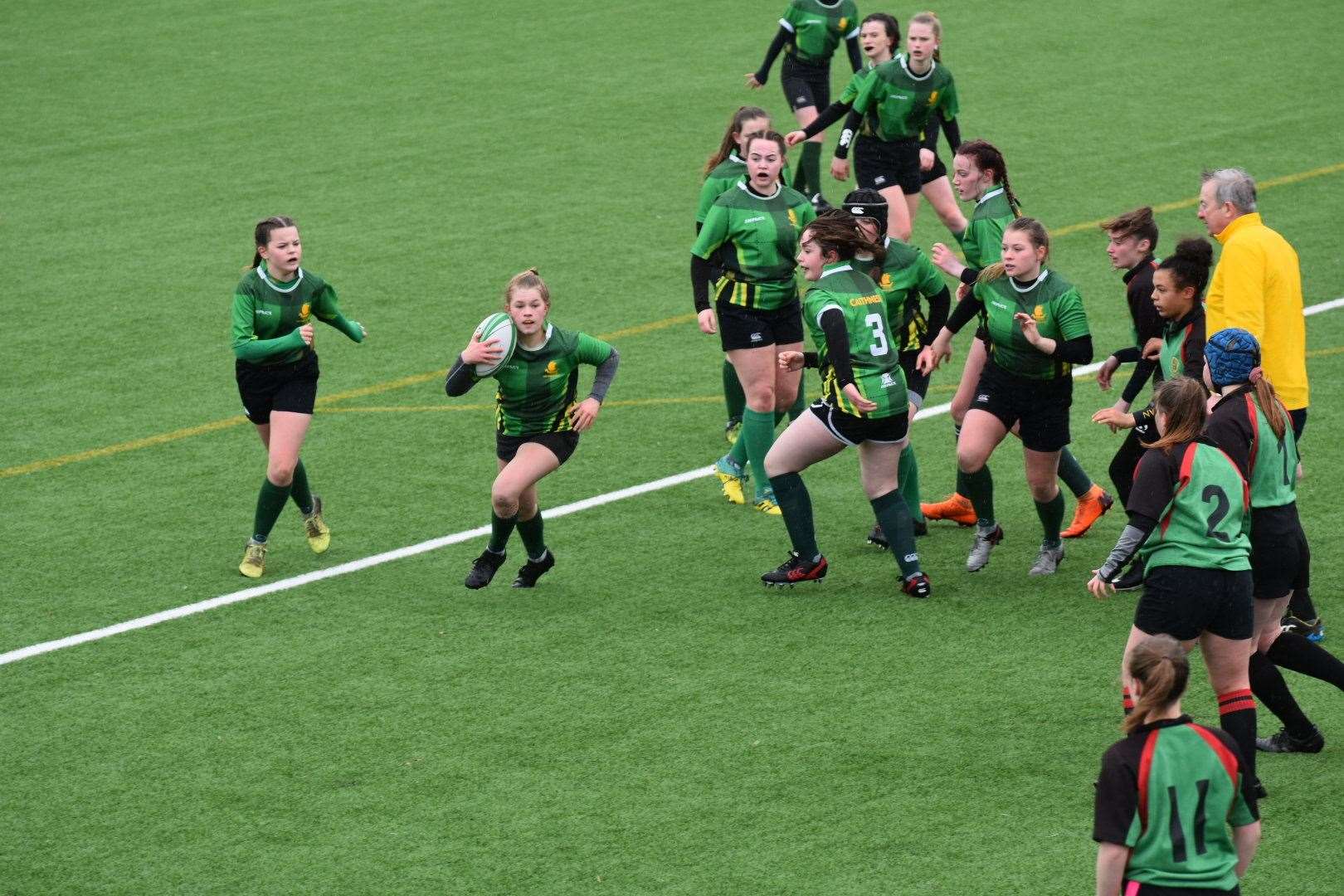 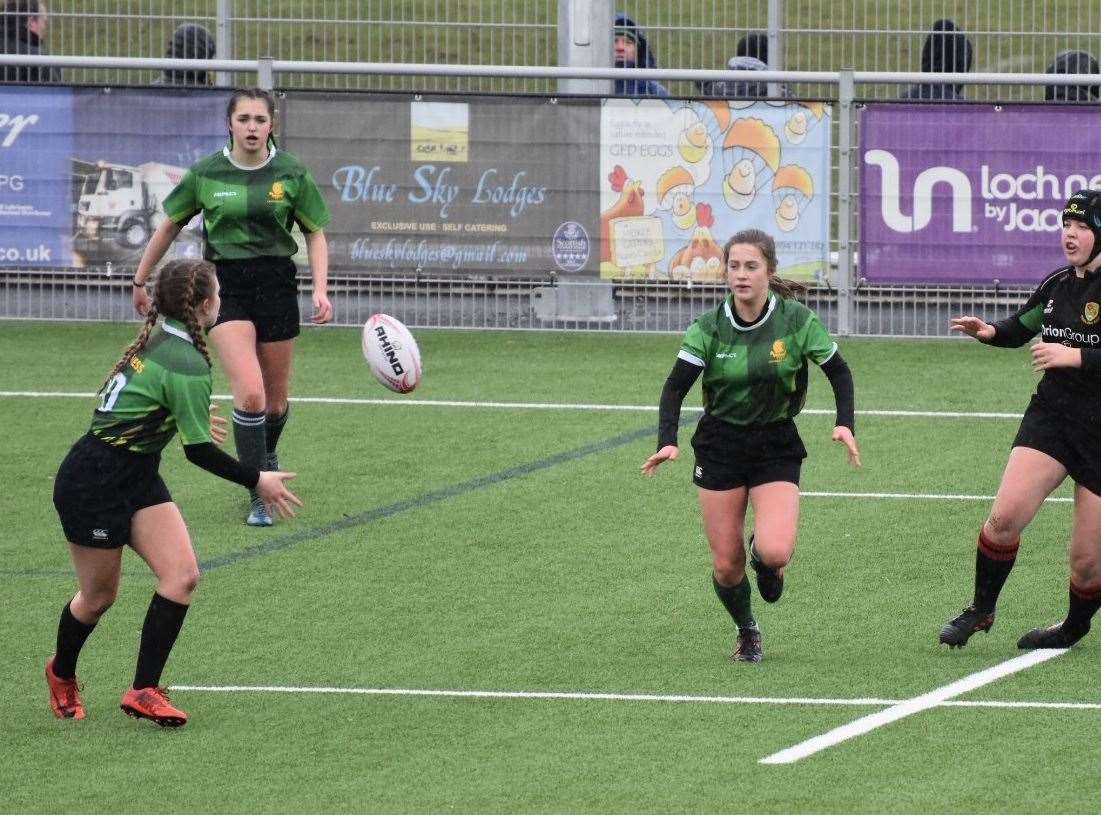 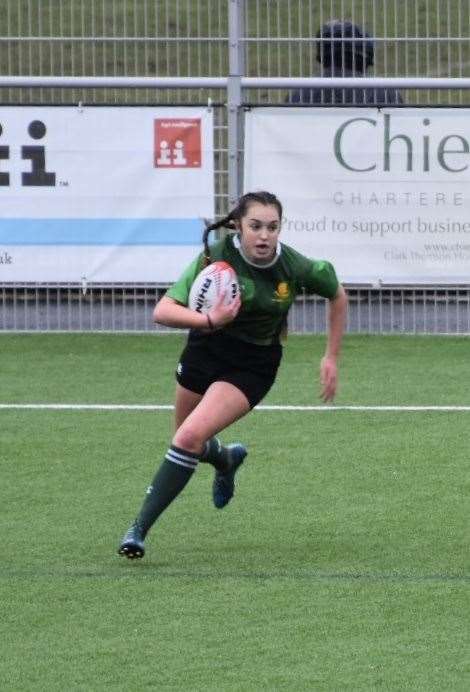 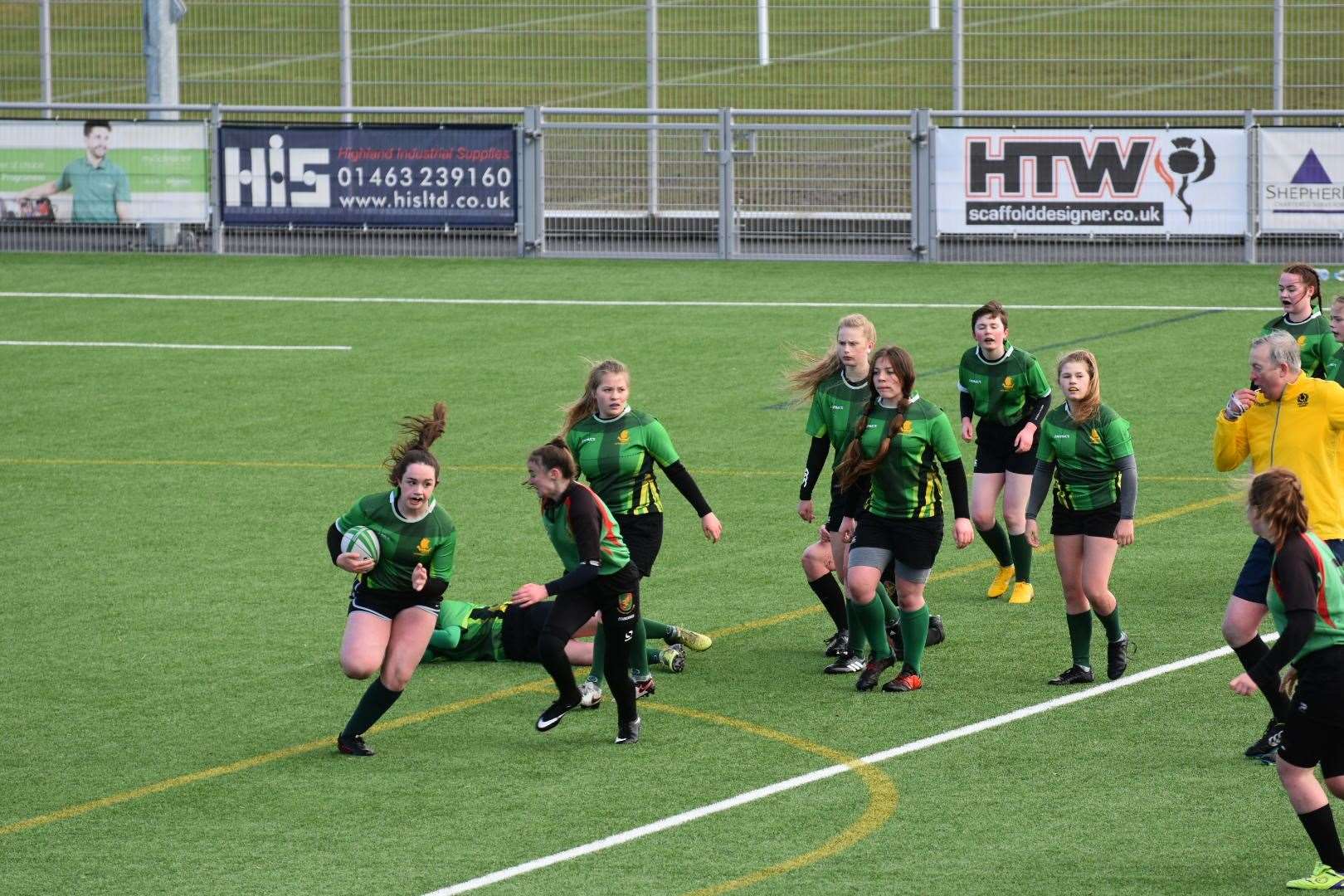 CAITHNESS RFC Women did themselves proud recently when they hosted the second round of the North section of round robins in the Caledonian Cup.

Teams from Highland and Grampian/Huntly/Moray made the journey north and Orkney girls ventured over the Firth to be part of the Caithness team.

With around 100 girls playing over two age groups, there was a fantastic display of rugby from the girls in the North.

In the Under 18s section, the Caithness girls played Highland in their first 35 minute match.

Caithness put on a brilliant display of teamwork coming out 52-0 victors, with tries from Aiva Harper, Farrah Mackay, Emily Flavell, Devin Stuart, Aimee Curliss and Kirsty Robertson, with Kirsty converting six of them.

The last game saw the Caithness girls play Grampian/Huntly/Moray with Caithness loaning their opponents players to make for a more competitive game.

A fine display was to be enjoyed by a good crowd at Millbank with the Caithness girls winning 58-26.

Girls of the matches for the Under 18s were Farrah Mackay and Kirsty Robertson.

With the Under 18s triumphant, the Under 15s were also kicking off against Highland in 30-minute games.

The Caithness girls got off to a quick start with a try in the first couple of minutes closely followed by a second. Highlandfollowed quickly with their first try which was converted.

This was a keenly contested match, but Caithness emerged eventual winners 37-21.

The Caithness girls stayed on the pitch and played Grampian/Huntly/Moray, with Caithness finishing 39-12 ahead.

The Highland girls then played the Grampian/Huntly/Moray team with the score being 54-5 to the Inverness team.

Players of the matches for Caithness were Keira Nellies and Hannah Dunnett.

The results sees both Caithness teams at the top of the table following their first round wins in Inverness two weeks ago. There, the girls put on another outstanding team performance with both teams winning all their matches.

Devin Stuart and Abbie Dunnet were picked out that weekend as players of the match.

The girls now go on to play Stirling County in the Caledonia Cup final in Perth at the end of April.

The girls played back in Inverness in the National Cup where they play their Highland opponents again.The Under-18s came home with another convincing win against their Highland rivals with the match ending up won almost at half time.

Player of the match was Emmerleigh Smith.

The Under 15s had a tough battle, though. Against a Highland side who have improved over the past few months, Caithness scored first try, but Highland then came back to take the lead which left Caithness on the back heel.

Player of the match was Morgan Nellies.

The Under 18s now go through to the quarter final of the cup and the Under 15s go into the National Shield competition with matches at the end of March.