A councillor who is concerned about the growth of wind farms in Caithness says he is more convinced than ever that the planning system is fundamentally flawed and "profoundly undemocratic".

Matthew Reiss warns that even if there are hundreds of local objections to a particular proposal the numbers "do not count for anything", and he insists there is an urgent need for research into the impact of onshore wind projects positioned close to each other.

Now he is awaiting confirmation on whether Scotland's energy minister Paul Wheelhouse will come to Caithness to assess the issues for himself after the pair had an hour-long Skype meeting.

Councillor Reiss, who represents Thurso and Northwest Caithness on Highland Council, said it had been a cordial discussion in which Mr Wheelhouse stated he was "not averse" to visiting the county.

"There still appears to be no research ongoing into either the good or bad effects of lots of onshore wind farms close together – no research on what effect that has on property values, planning blight, and putting people off considering settling in a rural area," Councillor Reiss said.

"I think this kind of research is needed urgently, given we've got this ongoing depopulation that we're all desperately trying to reverse.

"Even the most staunch supporters of onshore wind farms would probably hesitate before building a house that's going to have its main view out onto a line of turbines.

"You have to judge each scheme on its merits but again it's common sense that, as more and more parts of the county host a wind farm, the potential reduces for new ones. And that's allied to the fact that there are now applications for turbines over 150 metres tall coming in.

"As we get more, and as the turbine heights increase, in my opinion the buffer zone – the area where a wind farm should not be permitted – should be increased."

Regarding his virtual meeting with Mr Wheelhouse, Councillor Reiss explained: "I invited the minister to come to the county to assess for himself and he said he was 'not averse', so whether he takes it up or not remains to be seen.

"There was a sense of understanding. He said he himself lives in the Scottish Borders where there are some controversial projects. It was an amicable and useful conversation."

The system is flawed at the basis because the public frankly don't get much of a look-in.

Councillor Reiss's concerns over what he sees as a lack of democracy stem largely from a meeting in Inverness last year with a representative from the Scottish Government's Energy Consents Unit, as well as from his recent conversation with the minister.

"It has become clear to me that even if there are hundreds of objections to a particular development, the fact that there are hundreds of people objecting is basically irrelevant because the point of the objection is it's either a material planning consideration or it's not," he said. "So in a sense it doesn't matter whether one person talks about cumulative impact or hundreds, it's either there or it isn't.

"I think there is something profoundly undemocratic about this.

"If I understood the minister correctly, he said he would not go against the advice of the Energy Consents Unit. They are unelected civil servants and I just feel there is something wrong with the system.

"I genuinely believe that, and I don't have a political axe to grind because I'm independent.

"He [Mr Wheelhouse] said he was very conscious of the cumulative impact and expanded on the fact that there were three areas in Scotland that were under particular pressure, one of which was Caithness." 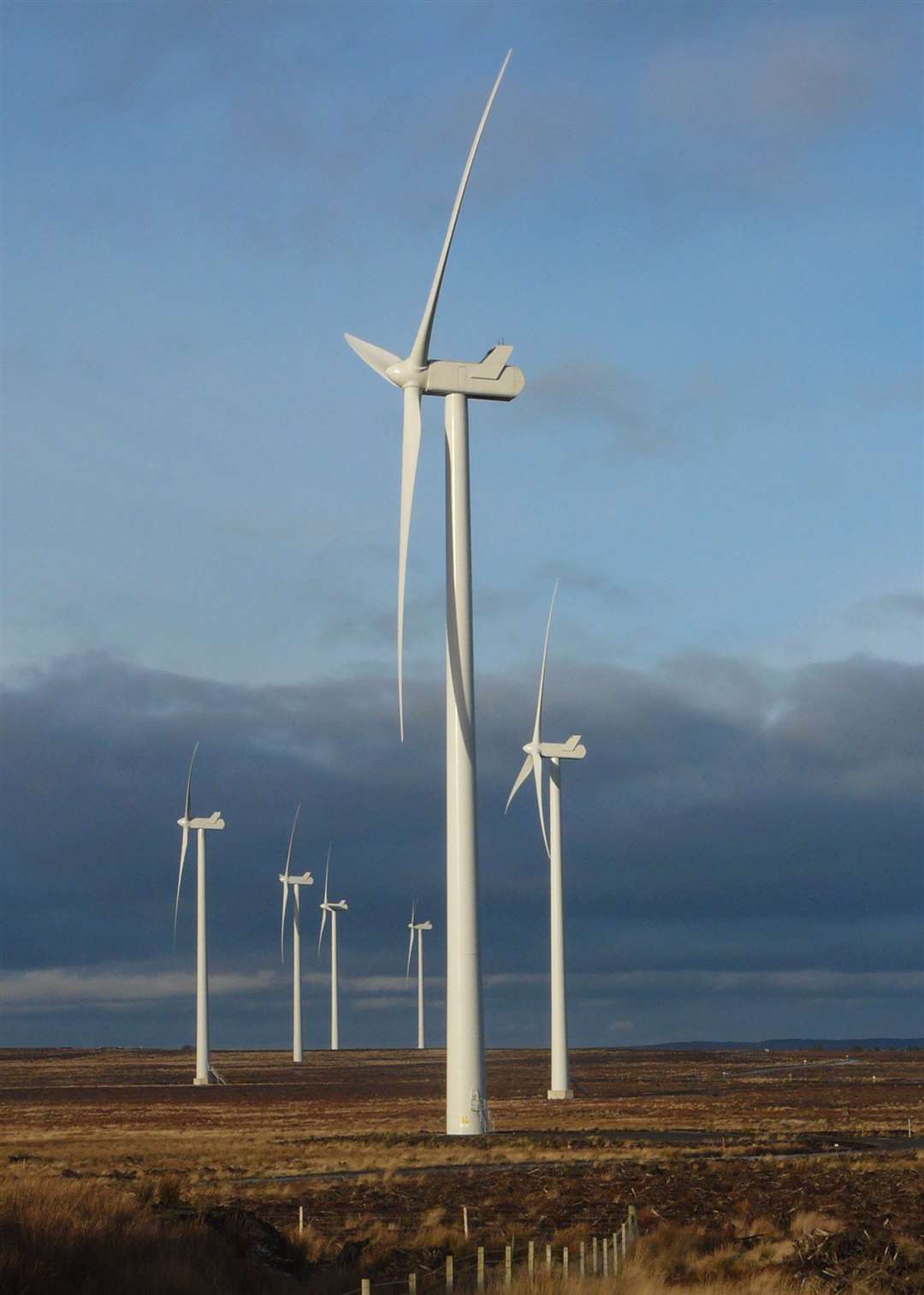 A year ago, Councillor Reiss branded the planning system "broken, over-centralised and undemocratic" after being thwarted in his initial attempt to arrange a meeting with Mr Wheelhouse. He was told in a written reply that "the minister does not believe a meeting is appropriate".

Speaking at that time, Councillor Reiss said his experience of the controversial Limekiln Wind Farm application, involving a site south of Reay, had convinced him that the Scottish Government regarded local voices as "simply not relevant" and that they were airbrushed out of the decision-making process.

In May this year Councillor Reiss hit out at an aspect of the planning system that apparently allows energy firms to plan a new wind farm but call it an extension of an existing one. He feared it could lead to wind farm planning decisions being taken out of the hands of local authorities, as developments above 50 megawatts are determined by Scottish Government ministers under Section 36 of the Electricity Act.

"To my mind, the key point out of these meetings and all the digging is that the system is flawed at the basis because the public frankly don't get much of a look-in," he said. "And weight of numbers, either for or against a development, I have been told quite up front do not count for anything.

"Limekiln is the most recent example in the county of the fact that so many local people objected and they have been overridden.

"The system is flawed in terms of democracy, and I think that's what councillors should be all about – democracy should be first and foremost in our minds, whatever we're looking at or dealing with."

Councillor Reiss sees tidal and offshore renewables as much less contentious than onshore wind. "I am optimistic that the MeyGen scheme can be expanded," he said. "And BOWL [Beatrice Offshore Windfarm Ltd] produces more than double all the onshore wind farms in the county."

A Scottish Government spokesperson said: “As the minister highlighted in his conversation with Councillor Reiss, we are committed to delivering a planning system which ensures that local communities have their say and all applications for wind farm developments are subject to consultation with the public and statutory and local bodies, including community councils.

“We also ensure all relevant factors, including any impacts on local communities, are considered alongside advice from officials throughout the consent process for wind farms before any decisions are made. In addition, we encourage early and meaningful engagement by developers with any communities who would be affected by wind farm development proposals to allow for early design changes, often prior to applications being submitted.

“Officials in the Energy Consents team can and do meet elected members and community bodies to discuss matters of policy, and ministers routinely consider invitations to visit. In addition, pre-Covid pandemic, the minister has undertaken private site visits in Caithness to assess the landscape context of applications prior to making a determination.”