Blaze at Lyth put out quickly by Wick fire crews

A local riding school owner has praised firefighters for dealing quickly with a blaze which broke out near her stables at Lyth earlier this afternoon (Monday).

Natalie Oag, of Horsin Around, explained that the fire started on a waste piece of ground at Howe Cottages around 12 noon. "The fire was spreading – it got really out of hand – so a neighbour called the fire department and they swiftly arrived with two engines and put the fire out, saving a neighbour’s garden fence.We were all delighted they put it out very quickly." 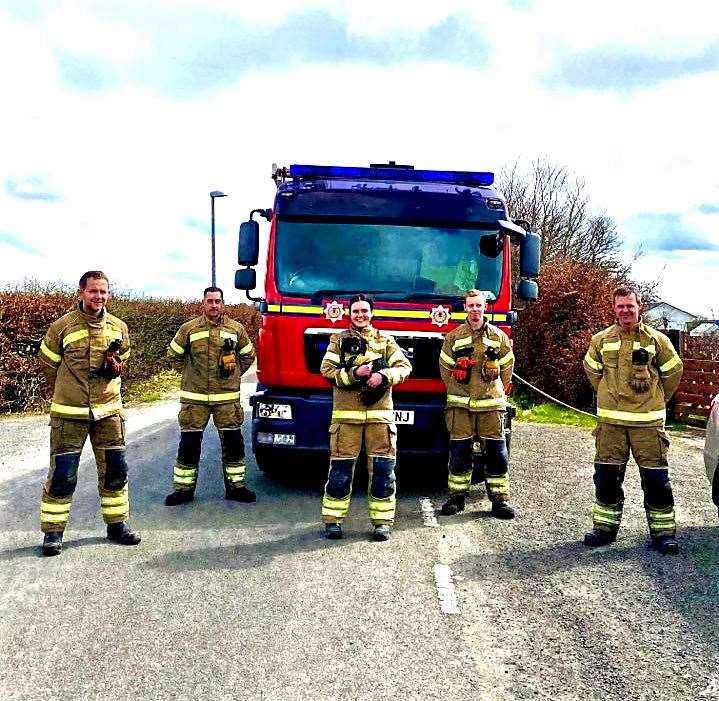 The stables are situated on the other side of the road from where the blaze took hold. "We are so grateful to the team and it was lovely to see a lady firefighter," added Natalie.

Her little dog Louis Vuitton, the stable mascot, got involved in the action and was pictured with some of the fire crew.

A Scottish Fire and Rescue Service spokesperson said: “We were alerted at 1.05pm on Monday, May 3 to reports of a fire in the open near to Howe Cottages, Reaster, Lyth, Caithness.

“Operations Control mobilised two appliances and firefighters extinguished an area of grass which was on fire and measured approximately 60m x 60m. Crews left the scene after ensuring the area was made safe and there were no reported casualties.”