We did more than enough to warrant our point, says Wick Academy manager Gary Manson after season opener at Forres

Jack Halliday's late equaliser secured a share of the points for Wick Academy in their Highland League opener against Forres Mechanics on Saturday.

The Scorries looked to be heading for defeat as they trailed to a first-half goal from Lee Fraser with the game at sun-drenched Mosset Park entering stoppage time – but Halliday got on the end of a through ball and his composed finish tied it up at 1-1.

Wick manager Gary Manson felt it was the least his team deserved after being the dominant side in the first period before the match became more evenly contested after the break.

Manson admitted it came as a relief when Halliday found a way through but felt there could have been few complaints had Academy taken all three points.

“Forres scored in the 42nd minute and it was a bit of a sucker punch because it was completely against the run of play at that time," Manson said. "We absolutely dominated the first half – we just couldn't get the ball in the net. 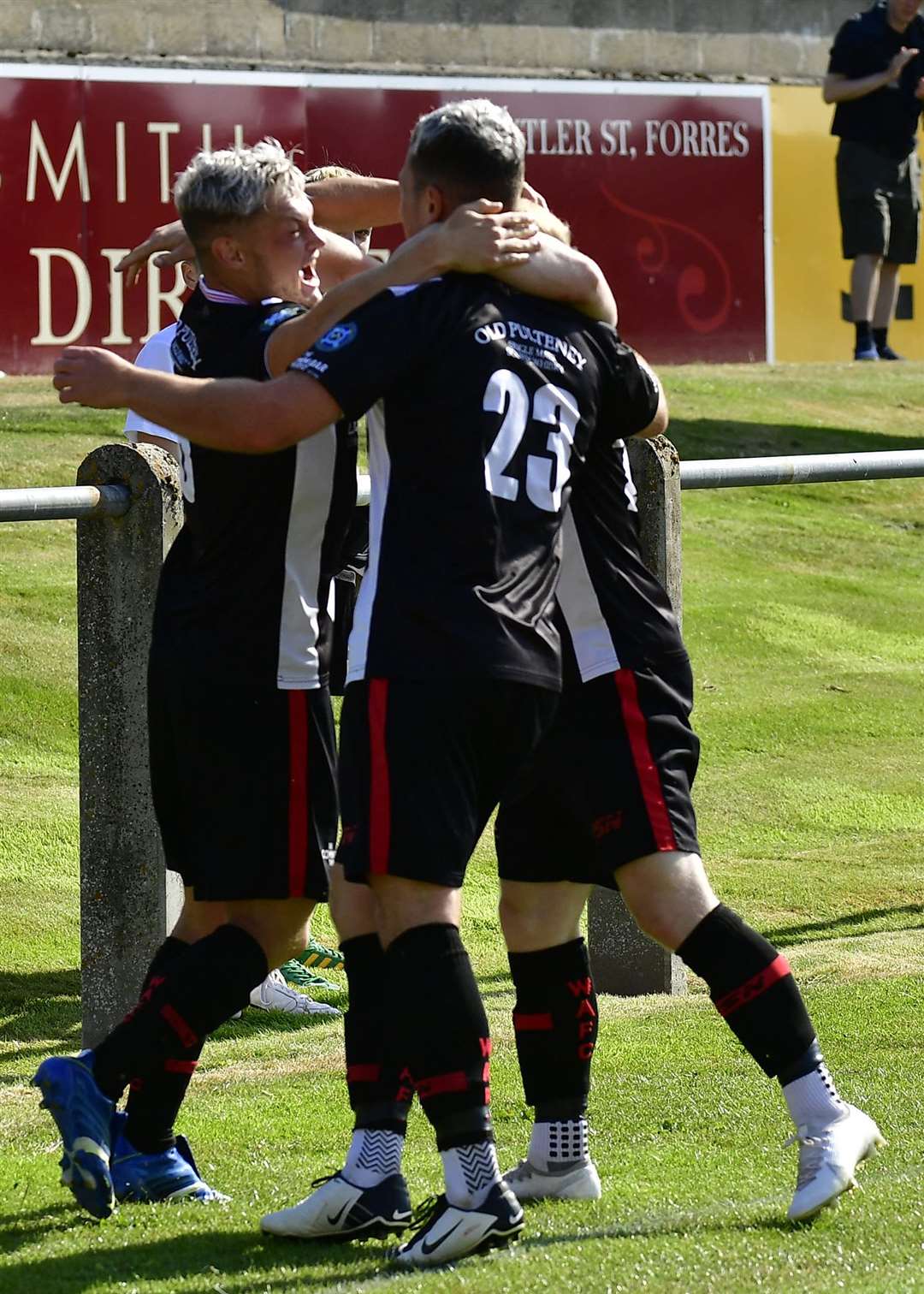 “The second half was a little bit more level but certainly overall we did more than enough to warrant our point and possibly three points.

“As I've said before, we go into every game trying to win it and on reflection we could easily have won that game.

“But it's a tough place to go. They'll beat a lot of teams at home this year, so to come away with a point is better than nothing.”

Wick went into the match with a few key players missing through injury but started brightly. With two minutes gone, a swift counter-attack saw Sean Campbell play the ball up the left to Halliday whose cross picked out Jack Henry at the front post, but his effort was blocked.

Steven Anderson and Alan Farquhar both had chances with headers either side of an opportunity for Gordon MacNab, who drove into the penalty box only to see his shot saved by the feet of keeper Stuart Knight.

The Can-Cans made the breakthrough three minutes from half-time when a ball in from Robbie Duncanson wasn't cleared properly and Fraser's side-footed shot beat goalkeeper Graeme Williamson.

Academy came close again a couple of minutes after the restart when Mark Macadie directed a diving header just wide after getting on the end of a cross from Ross Allan.

There was still time for Williamson to pull off a vital save, tipping Callum Johnston's shot round the post.

Manson said he couldn't fault any of his players and reckoned all had achieved an "eight out of 10" rating.

“The result was not too bad but the performance was extremely pleasing – absolutely brilliant," he said.

"I couldn't have asked for anything more from any of the guys.

“It was one of those days where there were no real standouts but there were no poor performances either, so everyone was an eight out of 10. It was really pleasing.

“The ref played about six or seven minutes of injury time so we managed to get our goal around the 90th minute and then it was one of those situations where you're not sure if you should push to get a winner or just sit in and take a point.

“For the goal, Jack timed his run perfectly to get on the end of the pass.

“The last few minutes were a bit of a stalemate but Graeme Williamson made a really good save with about two minutes to go, so that was important.”

Wick Academy will host one extra Highland League game at Harmsworth Park this season after it was announced that Fort William will play all of their matches away from their Claggan Park home.

The Lochaber side must fulfil each of their league and Highland League Cup fixtures at the grounds of their opponents due to the poor condition of their pitch.

An inspection was carried out at Claggan Park last Thursday and the conclusion was that it was not fit to host league football.

“It also took into account that the club had not contacted the league to inform it of the state of Claggan Park.

“Furthermore, historically, there have been a high number of match postponements due to the condition of the park, a matter which has previously been the subject of correspondence between the league and the club, most recently in March 2020.”

Fort accepted they were in breach of a rule that places a requirement on clubs to ensure their pitch is in good condition and provided with an efficient and effective drainage system.

Academy were originally scheduled to travel to Fort William on October 2 this year, with Fort making the return trip on February 12.

Buckie Thistle and Inverurie Locos led the goal charge on the opening day of the league season, scoring five times without reply against Lossiemouth and Clachnacuddin respectively.

Kevin Fraser got the first for Buckie against a young Lossie outfit before Scott Adams and Andrew MacAskill each weighed in with a double.

Rothes were 3-0 winners against Fort William with Michael Finnis, Jack Brown and Shane Harkness on the scoresheet.

Fraserburgh won by the same score at home to Formartine United courtesy of Scott Barbour, Kieran Simpson and Sean Butcher.