Wick Academy are still seeking their first win of the 2021/22 Highland League season but manager Gary Manson reckons it's only a matter of time before his players dish out "a right hammering".

The Scorries twice came from behind at Seafield Park on Saturday to secure a 3-3 draw with Strathspey Thistle. That followed on from a 1-1 draw at Forres on the opening day, and for the second week in a row Manson felt there could have been no complaints if Academy had taken all three points.

"It was just one of those days where again we weren't really getting the breaks in front of goal, we weren't clinical enough when we had the chances, and we got punished at the other end.

“In terms of overall performance, again I was pleased. The boys played really well in large periods of the game and created numerous really good chances that on another day we could have scored.

“I don't think it's an exaggeration to say Strathspey couldn't have complained if we won that game 7-3 or 8-3. 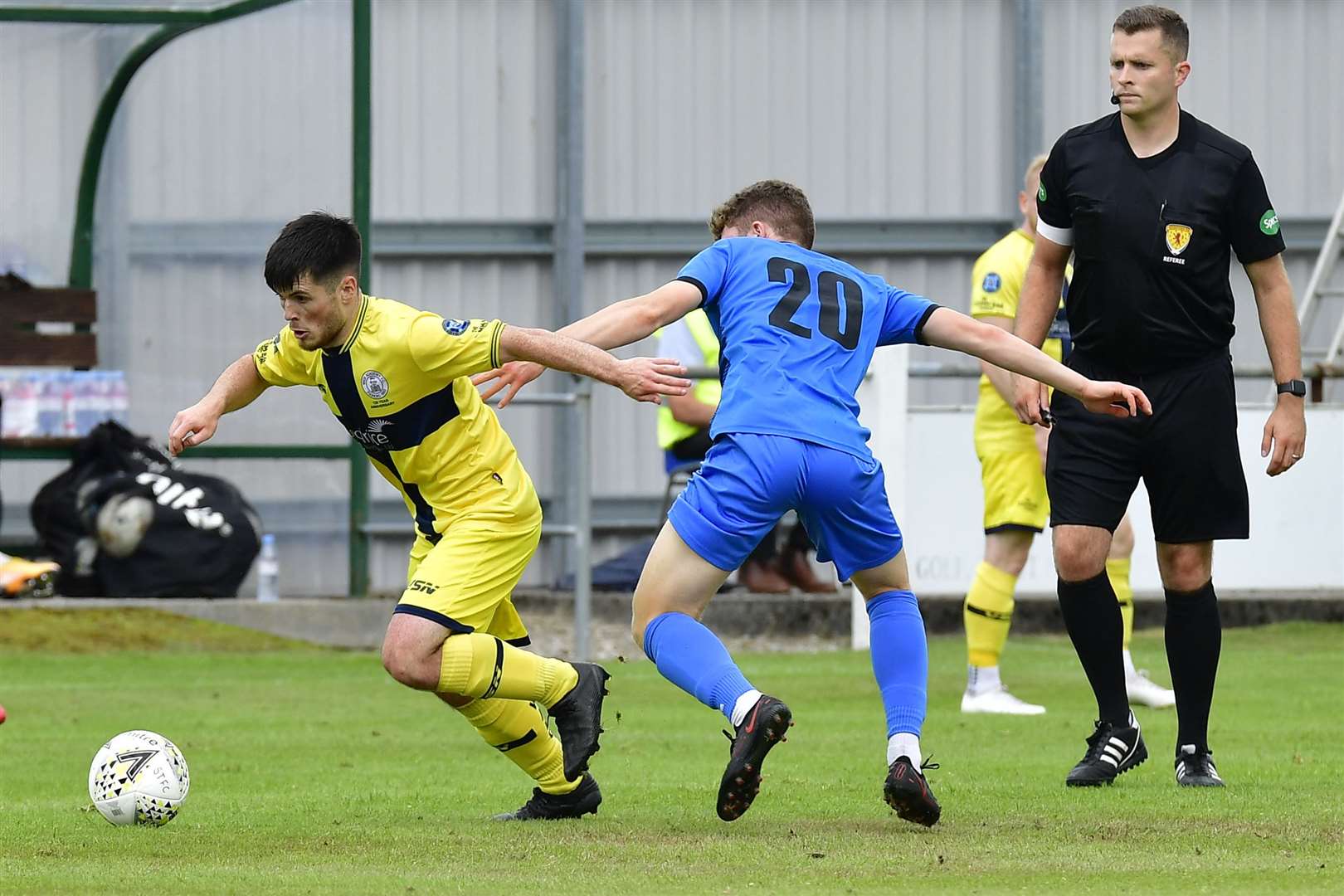 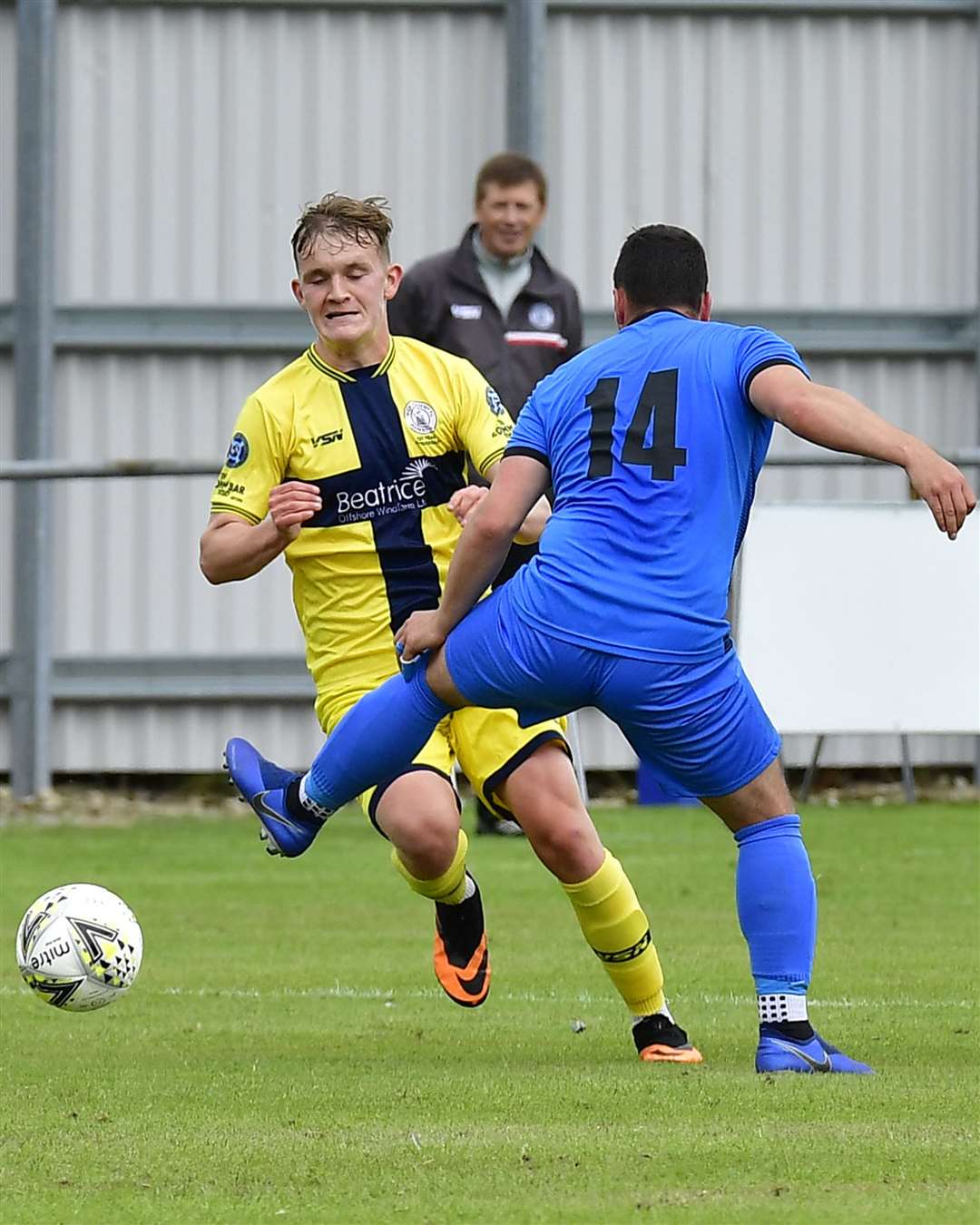 “We had a couple cleared off the line, and we had two one-on-ones with the goalie that the goalie saved."

Manson was pleased to see the team carving out so many opportunities and said he was convinced an emphatic win would come soon.

“We came out of the traps flying," he said. "In the first 10 or 15 minutes we could have scored three or four goals and the game could have been out of sight.

“We managed to get one, and that put us in a strong position and well on top in the game. All three of their goals were avoidable.

“But, as I said to the boys, one of these games we're going to take the majority of our chances and some team is going to get a right beating at our hands. Hopefully it comes this Saturday.

“We've had two reasonably tough away games and we've come away with points on the board and unbeaten. By no means is it doom and gloom, because our performances in the first two games have merited wins.

“Maybe we're just a little bit rusty in front of goal and not getting the breaks in our defensive third as well.

“Hopefully everything will click in some game soon, and when it does it could be a right hammering for someone.”

Gordon MacNab is being credited with a double in the 3-3 draw with Strathspey Thistle, although some observers reckoned the striker's late equaliser looked more like an own goal after his shot went in off Liam McDade.

Manager Gary Manson said: “According to Gordie, it was going on target. According to 99 per cent of other people, it wasn't on target. It depends on who you listen to and what angle you were at, but I'll give it to Gordie because there is no point in giving it as an o.g.”

Whoever was responsible for the decisive touch, the 86th-minute leveller came as a relief to the travelling fans after the Scorries had twice fallen behind at Seafield Park despite creating numerous chances.

MacNab opened the scoring after 24 minutes with an angled shot that keeper Robert Donaldson got a hand to but couldn't prevent going in.

Craig Mackenzie equalised four minutes before the interval following a defensive mix-up, and the Jags went in front after 49 minutes when James McShane netted from close range.

Mark Macadie made it 2-2 after 75 minutes when he knocked home the rebound after Donaldson had saved from Jack Halliday. It was Macadie's first league goal for the Scorries.

Academy will be at home for the first time this season when they welcome Clachnacuddin on Saturday.

There will be Covid-19 restrictions along similar lines to the two competitive matches played at Harmsworth Park before the 2020/21 campaign was cut short. That means red, amber and green zones within the ground, and no tea hut.

One-metre social distancing will have to be observed by spectators. Details are on the club website, along with information about season tickets and tickets for the Clach match.

Meanwhile, Wick Academy have announced the signings of four of their most promising under-18 players.

Joe Anderson, Conor Farquhar, Liam Bain and goalkeeper Lewis Cowan put pen to paper after impressing during the club's pre-season preparations and manager Gary Manson has high hopes for them.

Manson told the club website: "I have always said that it's extremely important to bring through youth players if they are good enough and these four boys are easily good enough. I'm delighted that they'll now be considered part of the first-team squad.

"Their ability has never been in question but I've been particularly pleased with the attitude they've shown, which is one of the first things I look for in a player.

"We are running a tight squad this season so the boys will now be competing for places with the rest of the squad."