Thurso's Phoebe Strachan put in a superb performance at the weekend to come fifth overall in the women's division of the British Surfing Championships.

She was also the highest-ranked Scottish competitor, possibly the highest ranking a female surfer from Scotland has ever achieved.

Despite the wintry conditions at Thurso East at the weekend, there were sunny spells in between the blizzards.

Phoebe (25) said: "It was pretty tricky conditions. On Saturday the waves were quite big but it was real fun. It went from a blizzard to sun.

"I got some really good waves – I got the highest score on the Saturday in the women's division."

At the end of the competition she was number three in the highest wave tally.

She nearly made it through to the grand final. Up until the last two minutes it was very close but Ellie Turner of England got a better wave and just knocked her out of a spot.

Naturally disappointed at not making the British surfing team, the Thurso surfer said: "I have always wanted to go to the Olympics, then when surfing came in I thought it would be quite cool. It will be very difficult for Great Britain to get to the Olympics – they go to the worlds first, and only 10 countries get chosen, but you never know, they have a strong team."

Phoebe, the 2018 Scottish champion, explained that on the Sunday the competitors did a lot of surfing with the rip being quite strong. "At the end of the day I was so tired, but it was good," she added.

She was delighted that the championships were able to go ahead and that those taking part were able to travel up. "It was really nice to see them and compete with them in the water again. It was run to to a high standard with everything being very Covid safe."

Phoebe, who helps run the North Shore Surf Club (NSSC), has been in the Scottish team since 2014 and competes all over the world. She also coaches the junior Scottish team members who hope to go to Portugal in August for the European championships. 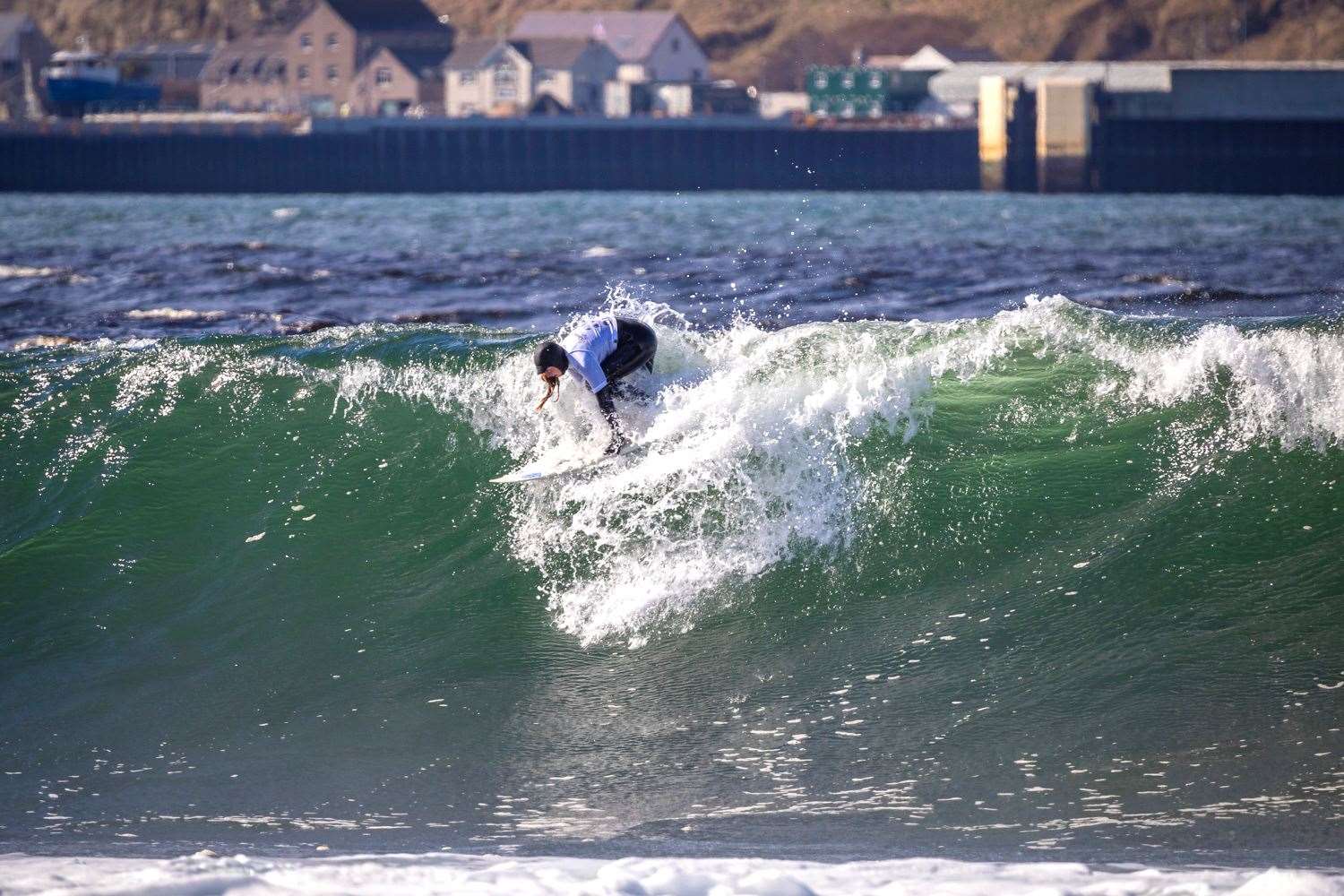 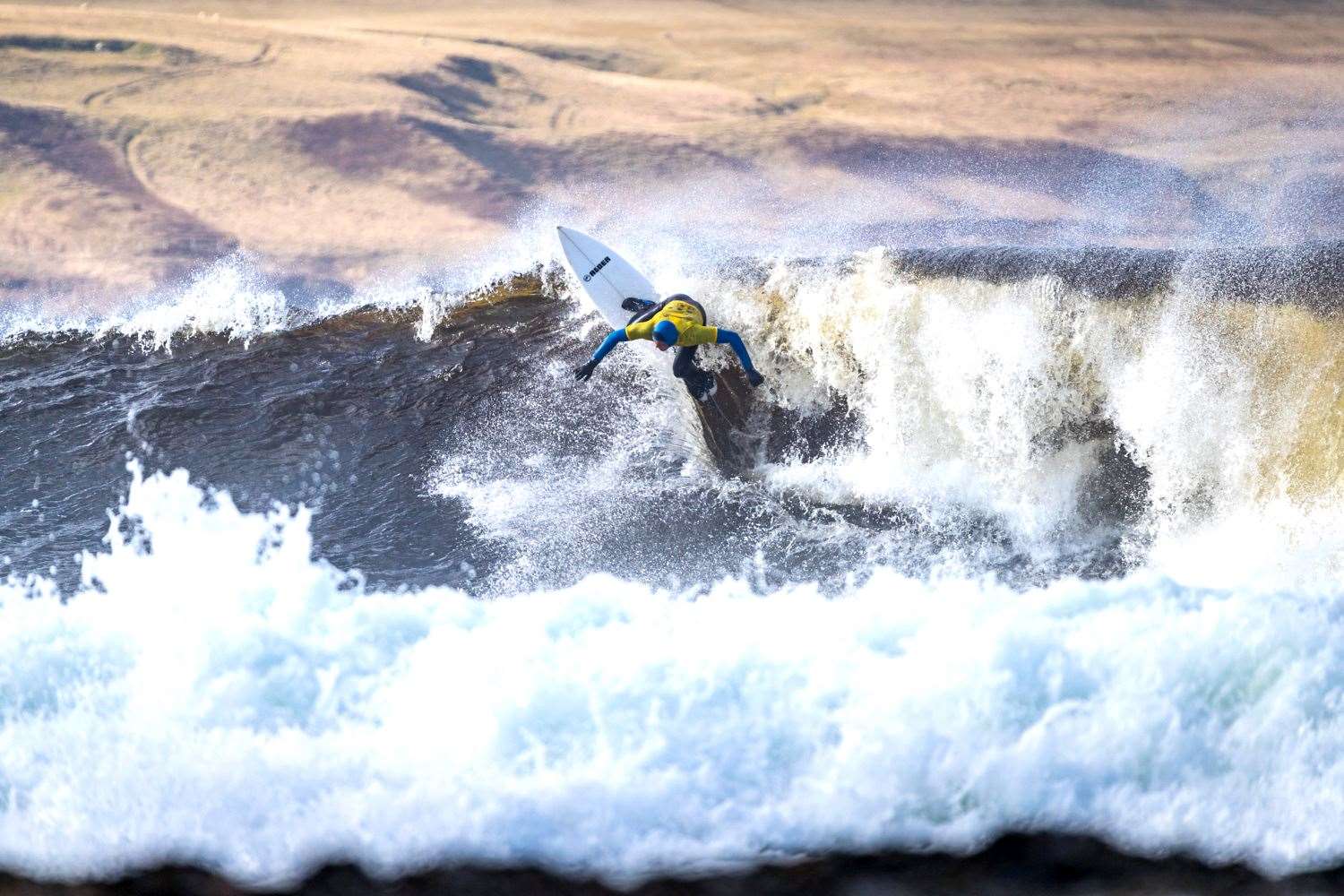 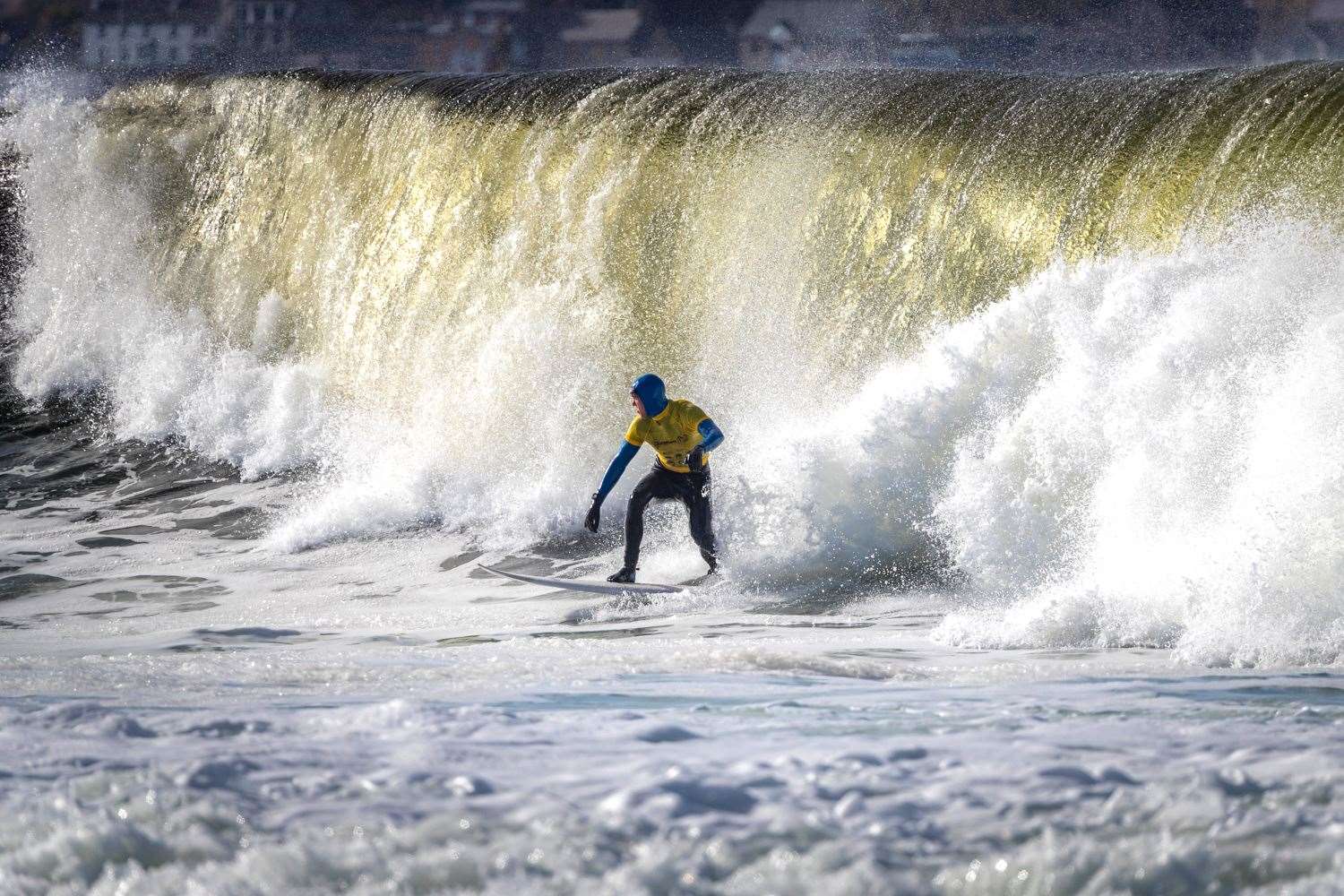 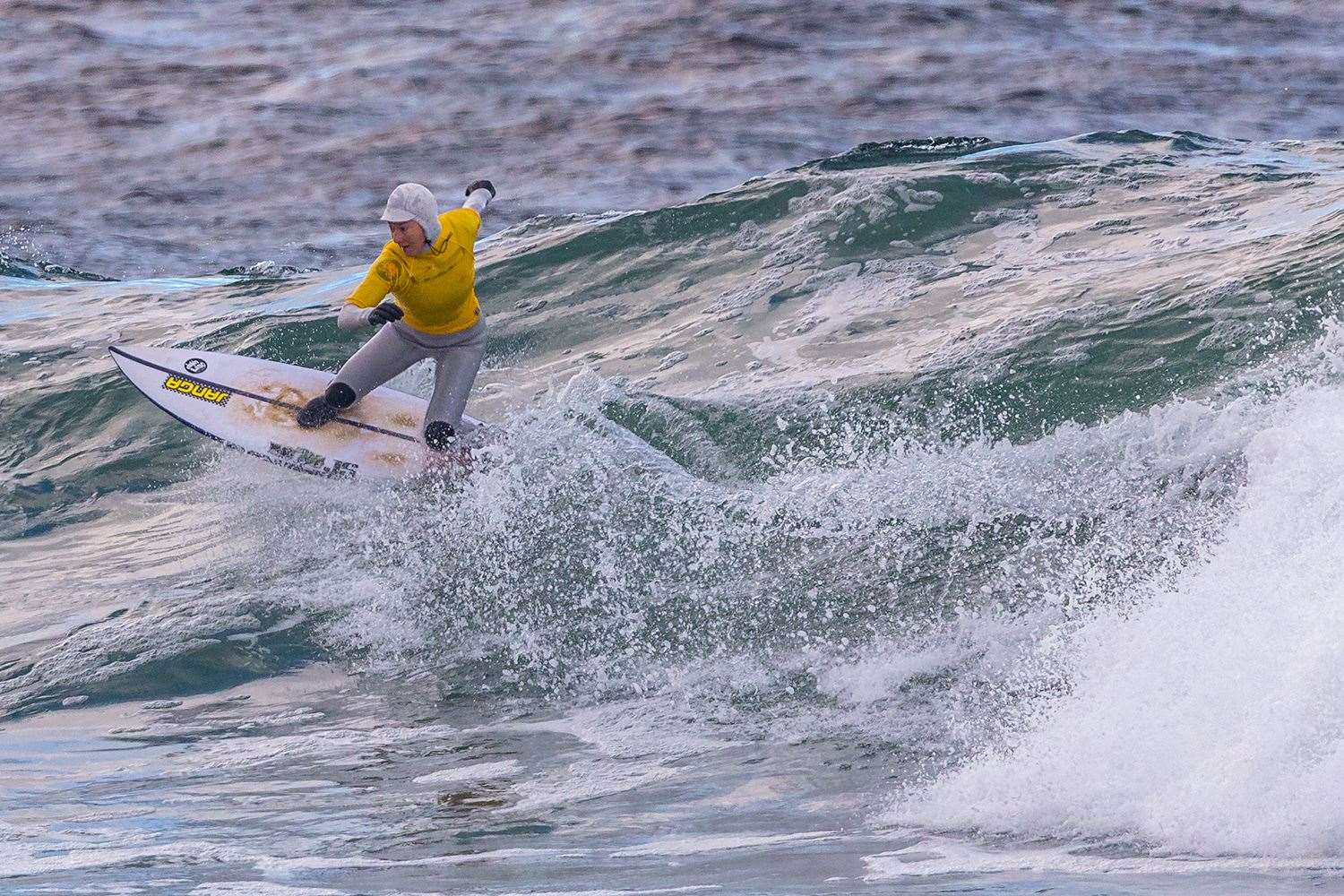 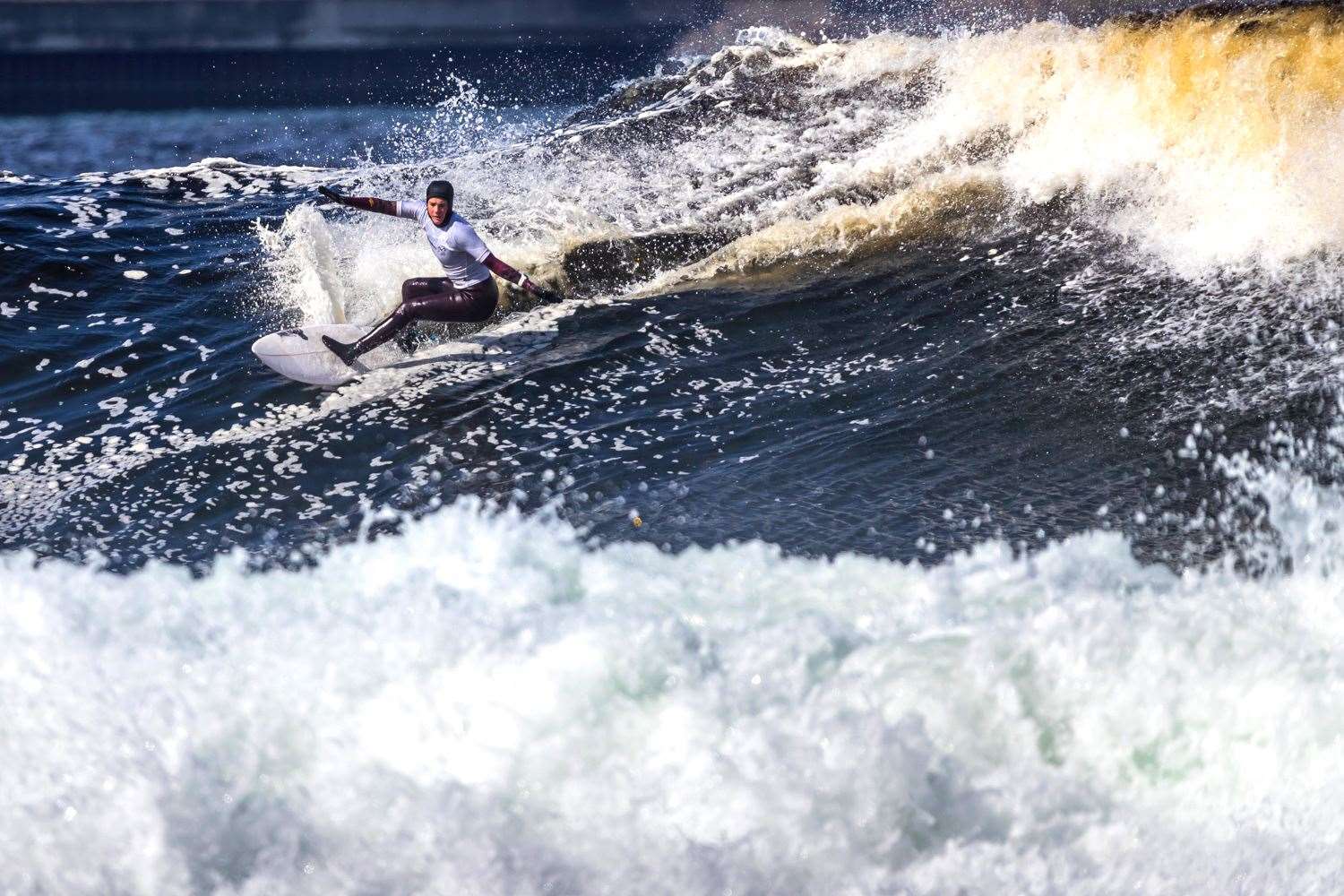 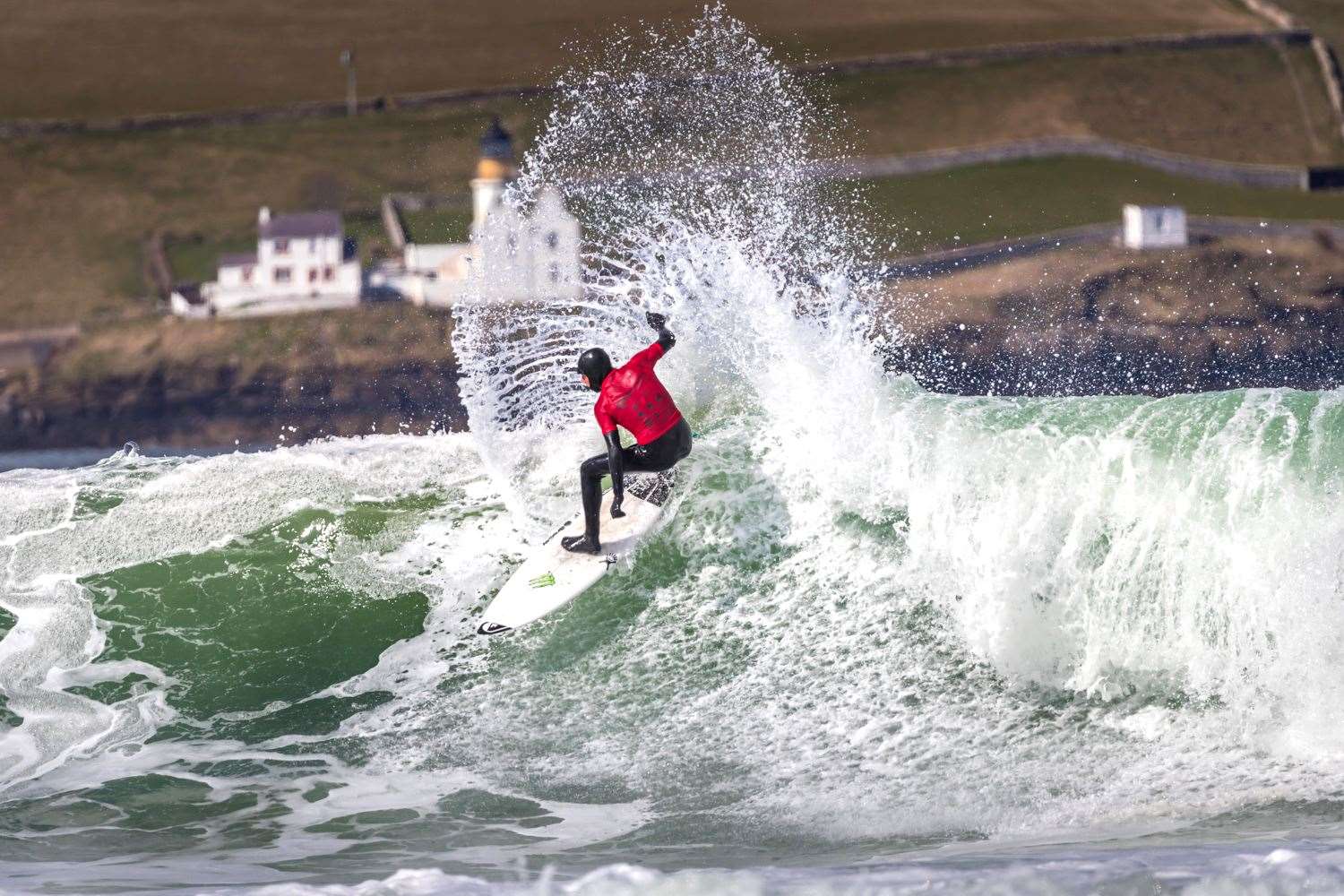 A mistake two minutes from the end of one of the heats at the weekend proved expensive for Thurso-based surfer Mark Boyd, the reigning Scottish champion. "I got into the second round and had quite a disappointing end to my competition – I made a stupid mistake," Mark (34) said.

"I kind of had it in the bag, but just made a mistake. There were just two minutes left, I was in second place and I could have progressed to the next round – all I had to do was sit next to Harry Cromwell from Wales. If I had just sat next to him for two minutes... I went on a wave when I did not need to. He got one just after it and improved his score and got through. I was kicking myself."

Thanking all those involved in organising the championships in Thurso, he said: "It was a professionally run event – it was amazing."

No spectators were allowed and everything was screened live online by the Scottish Surfing Federation, which organised the event with support from the NSSC.

Regarding the lack of spectators, Mark said: "It was a bit of a shame because I think there was quite a bit of interest in the event. Hopefully we can have spectators the next time."

Mark went on to say the event went well with those taking part having a great time and everything going to plan in accordance with the Covid measures put in place.

The Thurso-based surfer, who works offshore, won the Scottish national championship title two years in a row – 2018 and 2019. The event was not able to be held last year. He now plans to take park in the UKPSA Pro Surf Tour if it goes ahead this year or some of the Scottish events in the autumn.

For Iona McLachlan the conditions at the weekend proved too difficult. "I sadly did not surf very well, I found the conditions to be really tricky," she said.

"It was quite choppy and I did not get many waves. It was a really good experience and nice to put myself out of my comfort zone. It was good for me to give it a shot and just to surf alongside others of such a high calibre."

Iona set up North Coast Watersports along with Finn MacDonald in the spring of 2019. "As soon as we started up we had such an amazing response," she said. "Already in the last couple of years I have seen a big growth in the area. Lots more kids getting into it at younger ages, hopefully that will help the Scottish team in the future."

The British surfing champions of 2021 were Lucy Campbell and Stan Norman, both from England, with second place going to Emily Currie and Luke Dillon, also England, while Ellie Turner (England) and Harry Cromwell (Wales) took third spot on the podium.

They will head the British surfing team at the World Surfing Games in El Salvador in May, which will hopefully pave the way to the Olympics.