Craig Gunn kept up his run of goals in pre-season friendlies as Wick Academy saw off an Orkney AFA select in a constant downpour at Harmsworth Park on Saturday.

The striker got the Scorries' opener in a 3-2 win as they continued their preparations for the new Highland League season, which has been delayed until November 28 at the earliest.

Wick manager Gary Manson admitted that both the islanders' goals had been "completely preventable" but added that overall it had been a good workout as Academy picked up the Ken Green Challenge Cup, which is contested annually.

In the previous friendly wins against Halkirk United and Thurso, Manson had fielded a completely different line-up in each half but he changed his approach for the latest closed-doors match. 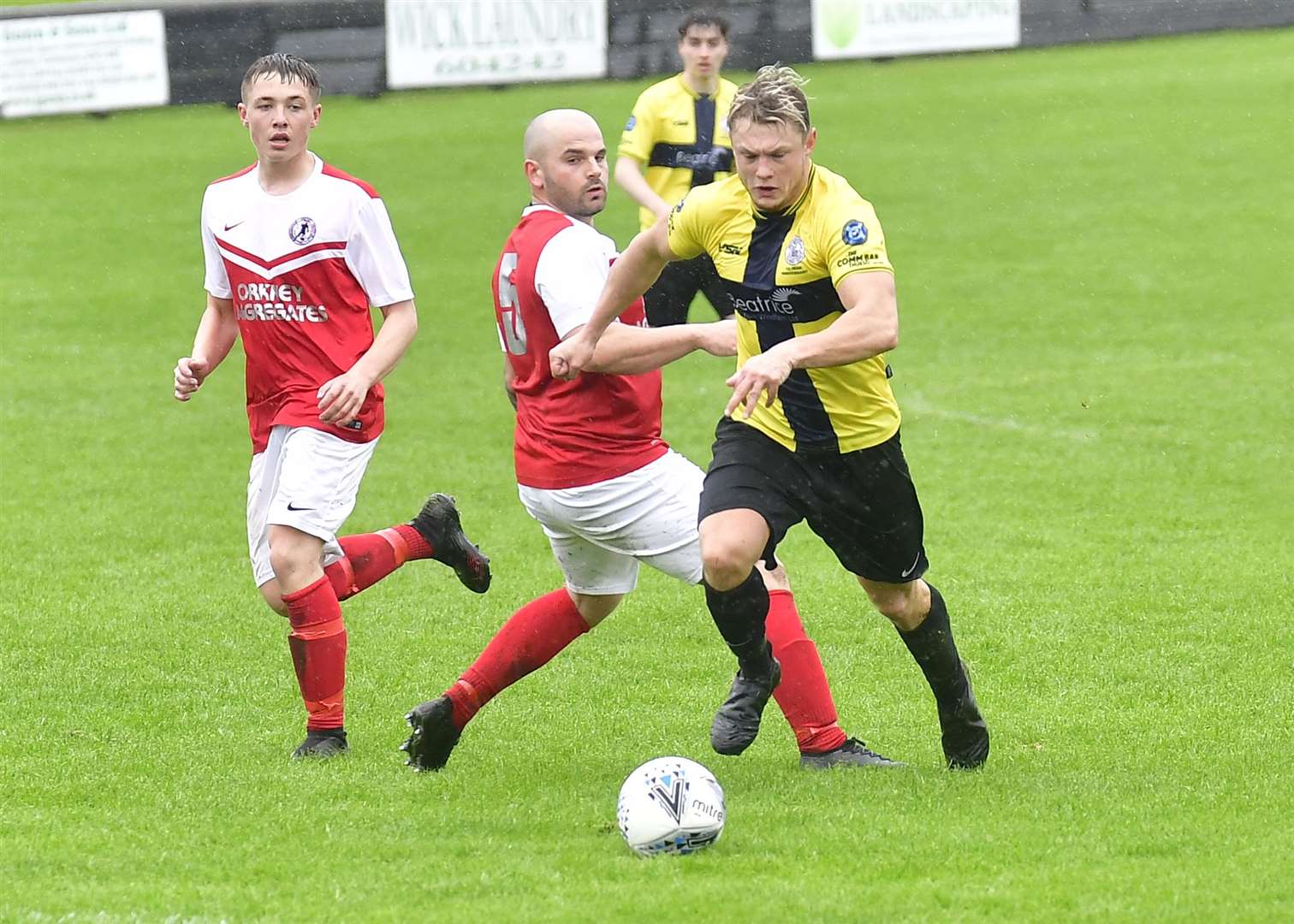 “I treated it more like a competitive game rather than a pre-season friendly so I didn’t do the two elevens this time," he said. "I just made substitutions in the second half, but everyone got a run out and a decent length of time on the pitch.

"We went 1-0 down but they only really had two forays into our half. They didn’t have to work hard to get their goals – they came from two cross balls into the box.

“Other than those two incidents we completely dominated the first half and it was good viewing.

"In the second half the weather got worse, the rain was just incessant, the pitch was getting really heavy and with all the substitutions it was a bit scrappy."

All the scoring came in the first period.

Steven Hellewell's opener was cancelled out by Gunn as he cut in from the left and found the net with a cross-cum-shot. Marc Macgregor put Wick in front after having a couple of attempts at getting his shot away, and Jack Halliday added the third with a first-time strike from about 16 yards after a good move up the left.

Orkney's Jamie Flett reduced the deficit shortly before the break after a mix-up in the box.

Manson was pleased to see Gunn getting on the scoresheet yet again.

"He’s scoring quite a few goals in pre-season so far, so long may that continue," the manager said. "By his own admission it was a cross-cum shot and it went into the far corner."

Manson added: “The second half wasn’t great to watch but it was a good workout for the lads.”