Wick Works Weil to get the North Baths back in action

Community teamwork has meant that the North Baths in Wick have had a fresh coat of paint in readiness for the summer holidays.

The historic open air pool is already proving very popular since being cleaned out and whitewashed thanks to the help of numerous local businesses and a willing band of volunteers. Last weekend a good number of families were seen out taking advantage of the newly spruced up facility with children enjoying paddling in the shallow end.

Mr Willie Watt MBE, who has been assisting with the organisation of the renovation project, said: "I am wholly encouraged by the effort put in from everybody. From talking about it to getting it whitewashed was a week's work. It shows how work can be done in Wick – it is true that Wick Works Weil.

"I think it is a great asset as you can see from the people using it. A lot of people came along while the work was being done and it has started lots of memories."

Mr Watt, who is the chair of the Wicks Paths Group as well as the Wick Seafarers Memorial Group, explained that one 91-year-old lady came along and spoke about the fond times as a child when she could go down to the baths with a bottle of orange juice and a piece and spend all day there.

"It is an opportunity for people to get healthy – hopefully it will be well used in the summer," he said. "I was just happy to be part of it."

The renovation involved a great deal of work and the help of many local businesses. A digger was supplied by GMR Henderson Contractors, and driven by James Henderson, who made a great job of clearing around 500 tons of boulders from the bottom of the pool which had accumulated over the years.

SubSea 7 were there in force helping with the power washing and providing equipment free of charge, with the Wick Harbour Authority providing a forklift, pressure washers and water, while Hugh Simpson Contractors also helped out.

A large band of volunteers, many of them members of the Friends of the North Baths group who are enjoying swimming in the outdoor pool, came along on two separate occasions to whitewash the walls. Donations of whitewash was received from W & A Geddes and the Nicolson family who run a dairy farm at Sibster. 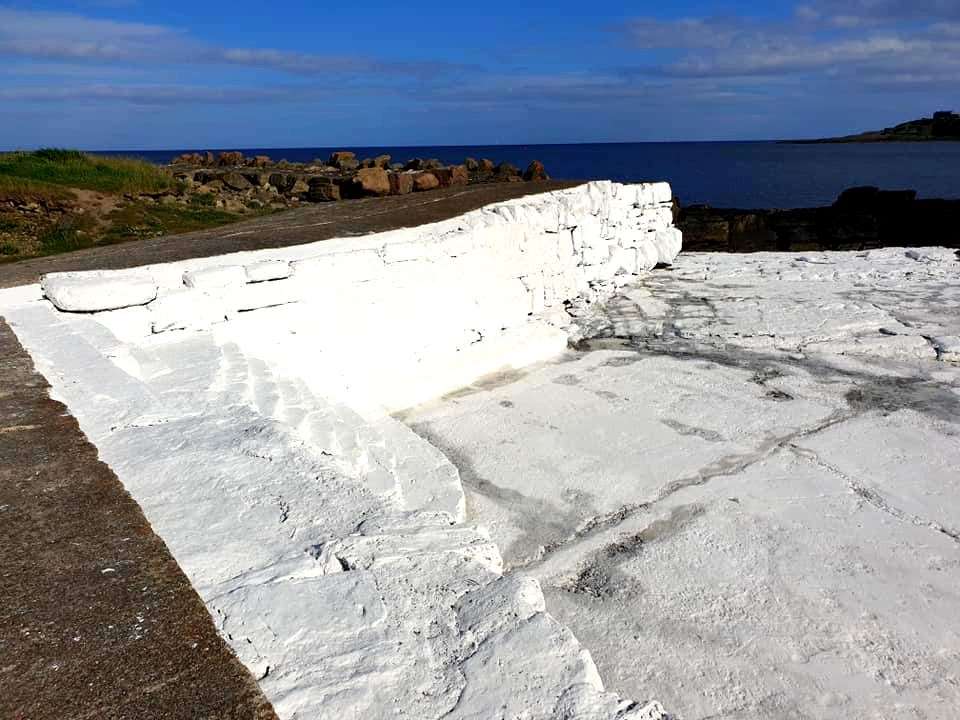 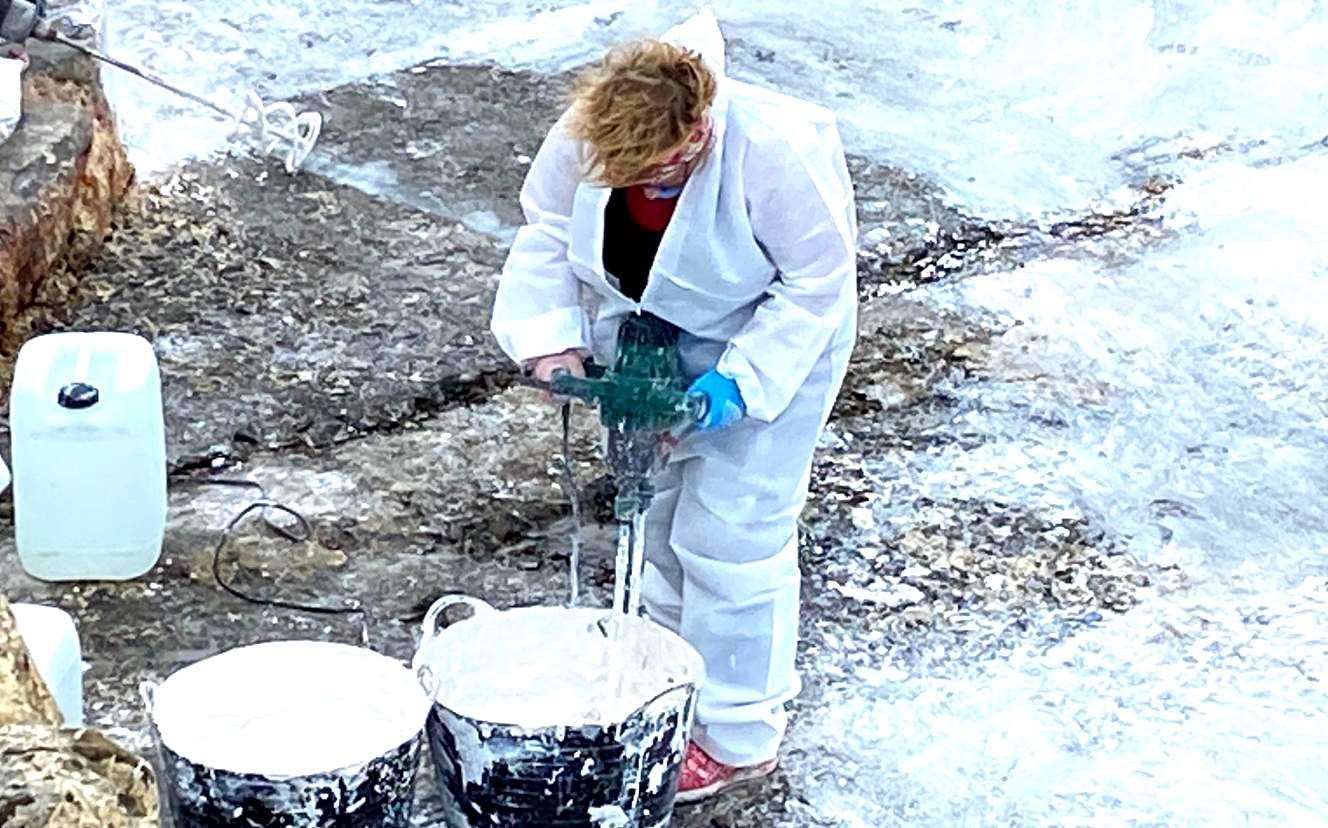 Alasdair Noble of Northern Marine Services, was among those helping with the project, his tasks included strimming grass from around the area. Along with the paths group a lot of work has been done clearing stones from the grass area which will allow space for people to enjoy picnics.

Wick painter Alex Patterson did an excellent job of the sign writing which many agree adds an excellent finishing touch to the baths.

Hugh Mackay of Mackay Underwater Technology Ltd, assisted with the drainage of the pool at the beginning of the work and got the old valve open, while Ian Oag of Scottish Water provided some parts to allow a complete refurbishment of the valve and a new key has now been made which means the water in the pool can be regularly refreshed.

Patty Coghill, chair of the Friends of the North Baths committee, said: "It has been lightening fast – it has just been amazing, from that first night when the valve was fixed to where we were two weeks later we never foresaw it would all happen so fast. It is in perfect time for the summer holidays."

One of the swimmers, Dariusz Sapalski helped repair the wall along the path side of the baths with assistance from Mr Bill Baxter and his wife Julie, using some dry stone dyking skills. "It was brilliant to get that done," said Patty.

Fundraising will be carried out to allow the remaining repairs needed on the boundary walls to go ahead. A fun day has already been organised by the group for Saturday, July 3, which will include a swimming relay for all abilities. Anyone interested in taking part needs to sign up by next Wednesday (June 30).

One of the group members Lynne Duncan has set up a GoFundMe page for donations which can be found at https://uk.gofundme.com/f/restoration-of-the-north-baths-wick

This weekend volunteers will be helping to spread sand at an area at the side of the pool which will provide another interesting feature.

Some of the swimmers took part in celebratory solstice swims at the baths on Monday, the longest day of the year. The evening swim saw 22 people enjoying a dip, while at 4am a dozen swimmers braved the elements.

Related article: Swimmers in Wick have been making a splash at the North Baths