Flow Country wildfire 'could have been prevented by muirburn'

The Flow Country wildfire that raged for almost a week in north Sutherland last year would have been much less severe – and could even have been prevented altogether – had muirburn been allowed in the area, it has been claimed.

Tim Baynes, moorland director at Scottish Land and Estates (SLE), the membership organisation for landowners, rural businesses and rural professionals, made the comment as the permitted season for muirburn began today.

The blaze in May 2019 between Melvich and Strathy burned for nearly six days, affecting more than 5000 hectares of internationally important peatland and coming close to encroaching on houses. A report later found it had released an amount of carbon into the atmosphere equivalent to six days’ worth of Scotland’s total greenhouse gas emissions.

SLE says muirburn – the controlled burning of heather on Scotland’s moorlands – is becoming increasingly important in the fight against wildfires.

“We have seen some huge wildfires across Scotland in recent years, including the fire on peatland on part of the Flow Country," Mr Baynes said. "Had muirburn by skilled practitioners been allowed in this area then there is a chance that wildfire could have been prevented or lessened in severity due to a much-reduced fuel load for the fire to spread."

A study published this year by an American university concluded that high-intensity fires, such as wildfires, can destroy peat bogs and cause them to emit huge amounts of their stored carbon into the atmosphere – while low-severity fires, such as muirburn, have the opposite outcome.

Mr Baynes said: “Muirburn, or heather-burning, is a traditional land management practice backed by the latest science and best practice.

"If muirburn is not carried out then we could gradually lose Scotland’s much-loved heather forever, and that would be a tragedy for us and also the species that depend upon it. Grouse thrive in this habitat but so do other bird species – especially curlew, lapwing and golden plover, which are low in numbers and are at real risk.

“Now, muirburn is also becoming an ever more important tool in combating wildfires.

"The Scottish Fire and Rescue Service [SFRS] has supported controlled burning, which involves lighting small strips of vegetation before they are quickly extinguished. This removes the top layer of old heather growth – reducing fuel load without damaging the land and mosses it sits upon.

“The Muirburn Code, launched by the Scottish Government in 2017, provides good practice guidance for burning and cutting of vegetation. This code is important for gamekeepers and estates and it prohibits muirburn on deep peat, something which is often misunderstood by those not familiar with the code. 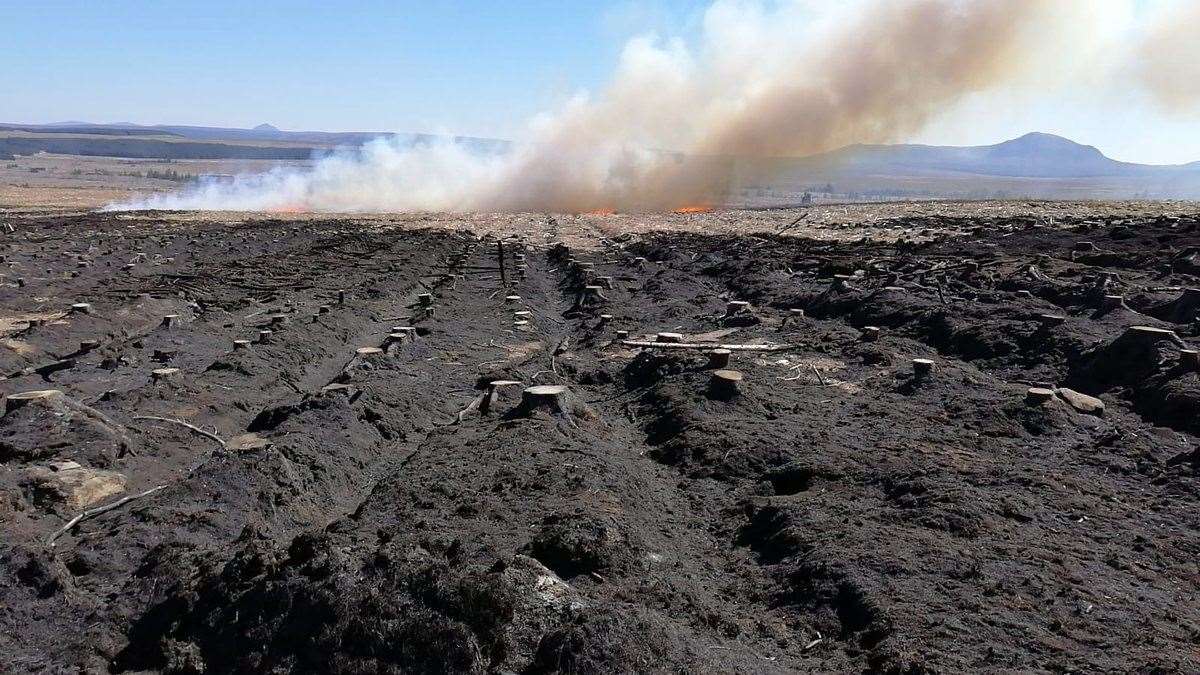 “We are constantly reviewing the latest science on this subject as we strive to contribute to Scotland’s net-zero targets. The latest international science from Duke University in North Carolina suggests controlled burning could help reduce carbon loss from peatland and it is something that needs to be closely considered as we continually update our knowledge and practices.”

The permitted season for muirburn runs from October 1 to April 15. Grouse moors and estates say they are working with government, conservation groups and the Scottish Fire and Rescue Service to enhance muirburn procedures and ensure the newest knowledge is at the heart of how land is managed.

Iain Hepburn, head gamekeeper at Dunmaglass Estate, south of Inverness, and also a part-time firefighter with SFRS, has been engaging with firefighters to share best practice in tackling wildfires on moorland.

Mr Hepburn said: “Muirburn largely takes place in the spring and is conducted in line with the Muirburn Code, which we fully support.

"This controlled burning helps hugely in preventing the spread of wildfires and there is an army of gamekeepers on estates across Scotland who work together to stop wildfires which are a real problem in the summer months. Managing vegetation growth is key to tackling wildfires.”